This post, we'll be leaving the Victorian kiddie cartoons behind as we zip forward all the way to... 1958.  We'll be taking a peek through the 68-page, No. 34, Feb., 1958 issue of Charlton's Hot Rods and Racing Cars , which turns out to be a Bill Molno festival, with Bill appearing in about 3/4 of the features.  This one, as yet, lacks a detailed Grand Comics Database entry.  (I need to figure out how to get on there, maybe?) 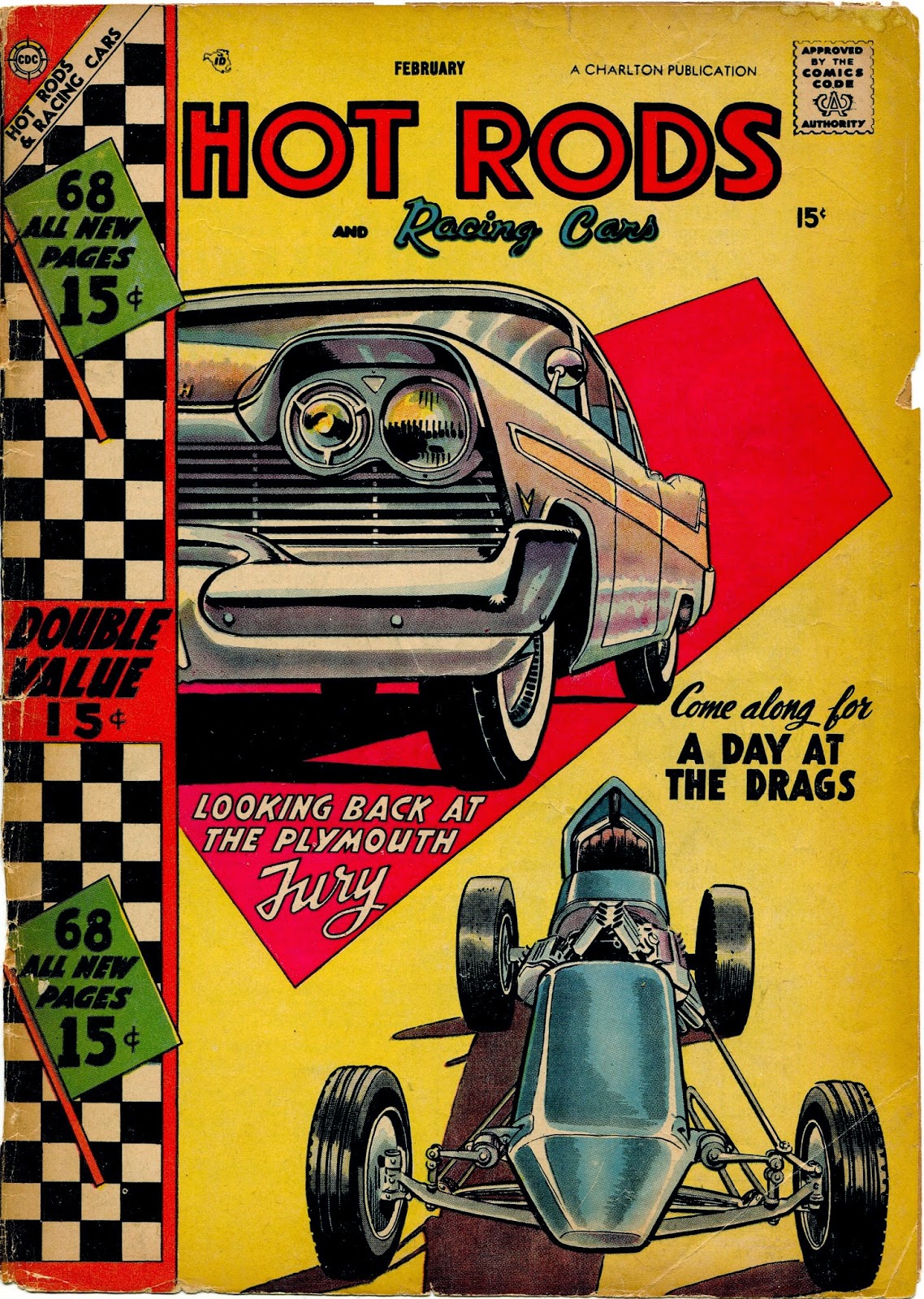 My eyes immediately identified the artists in story number one ("Life at a Drag Race") as Molno, pencils, and Rocke Mastroserio, inks, and I was fully prepared, morally and intellectually, to stand by this assessment, no matter what the sacrifice.  No need to worry, it turns out--see close-up of the lower r.h. corner of the last panel: "Rocke & Bill."  Glad I spotted that! 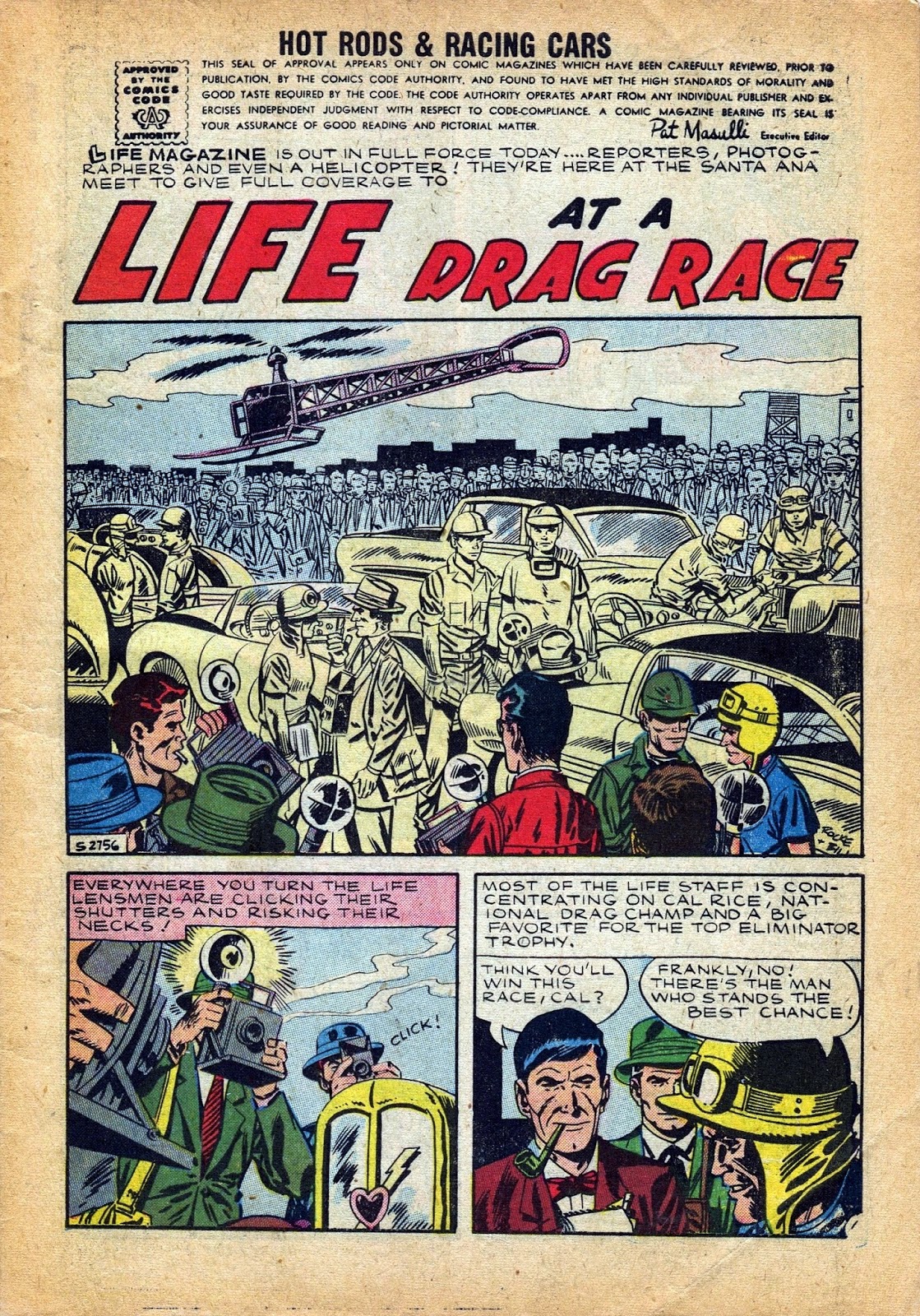 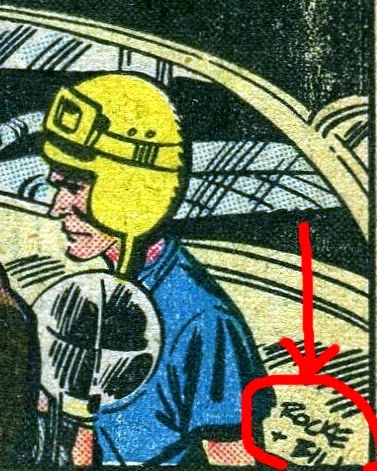 As luck (and the Charlton norm) would have it, the "Drag Race" art is mostly so-so, but with the occasional excellent panel, such as:

The next story, "Targa Florio," is less stiff, with artsy Molno pencils and inks by (I'm almost completely sure) Bill's chief Charlton collaborator, Vince Alascia.  The splash panel, which I love, borders on surreal: 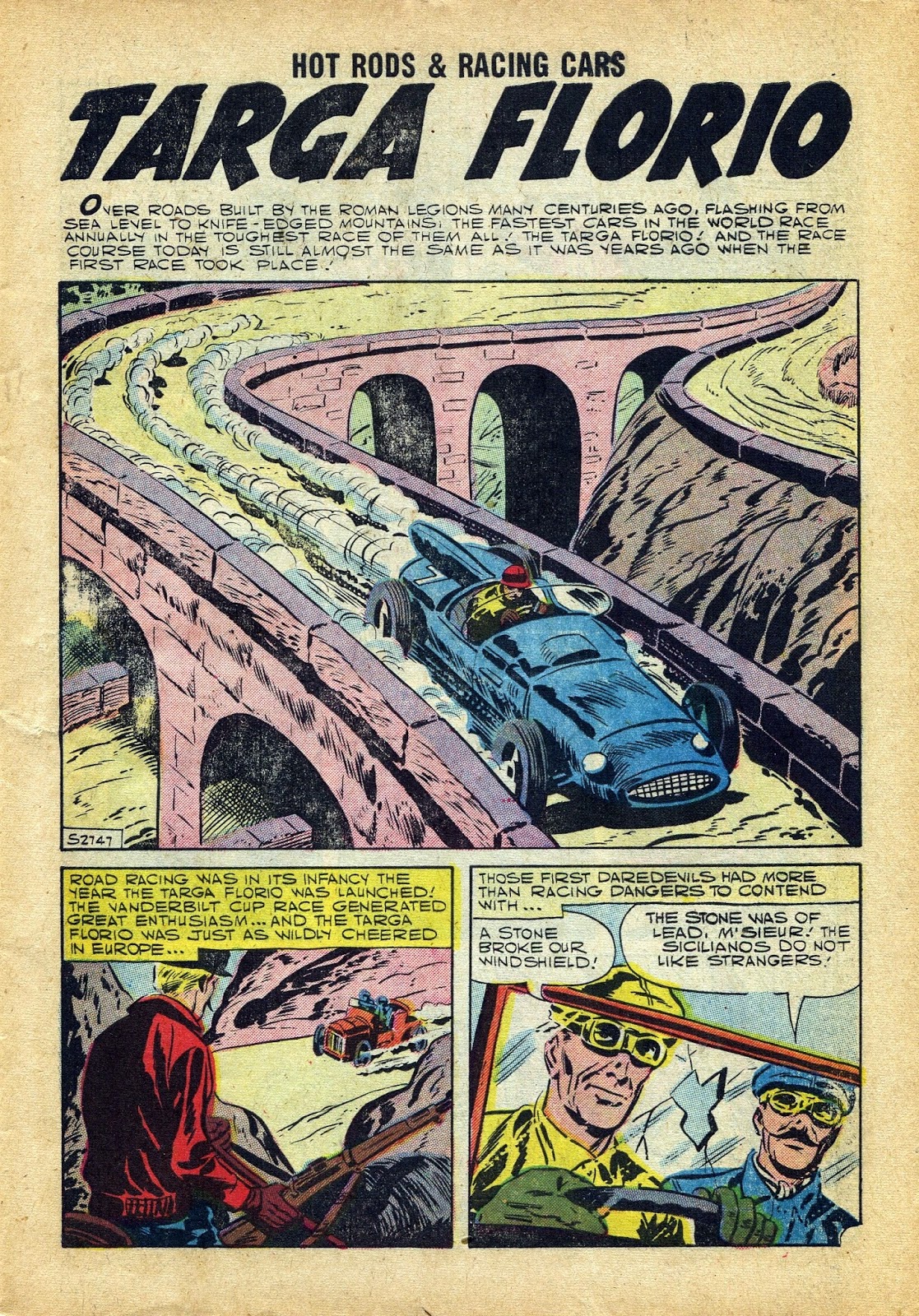 Below, from the same story: Great, tilted-camera panels and some reasonably realistic depictions of poultry.  In the following three pages (one complete, two not so), there's plenty of over the top angularity in the usual Molno manner: 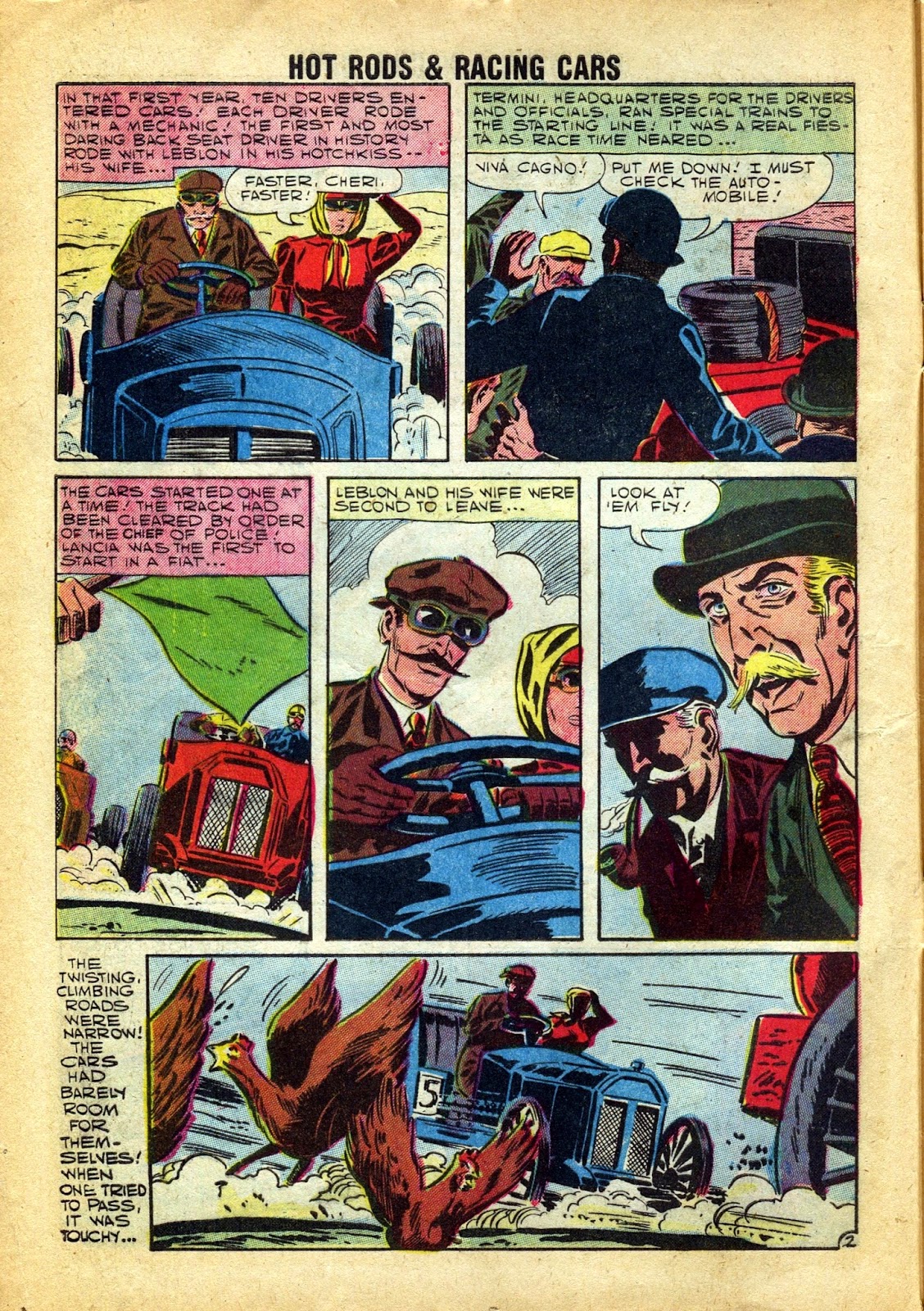 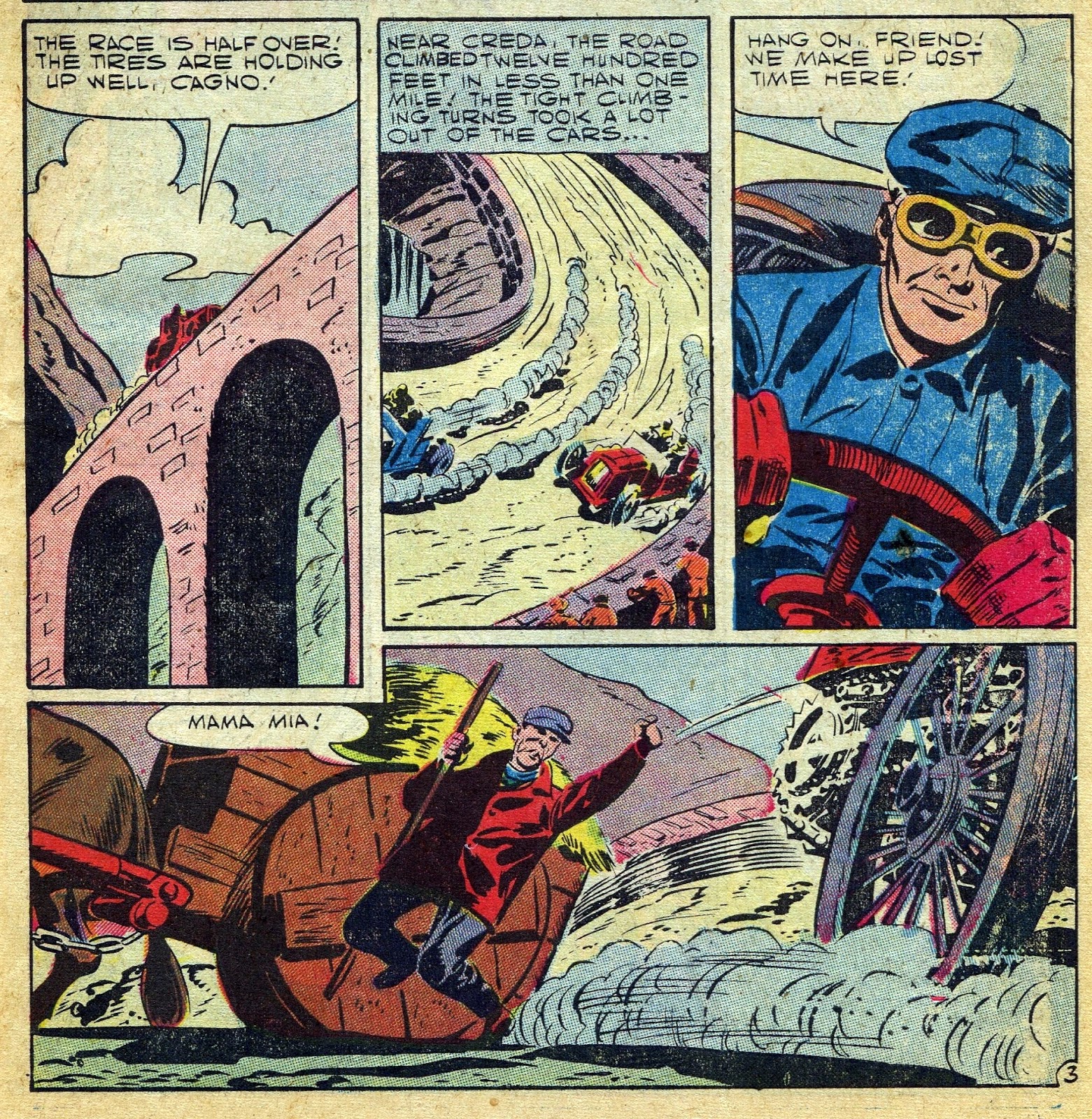 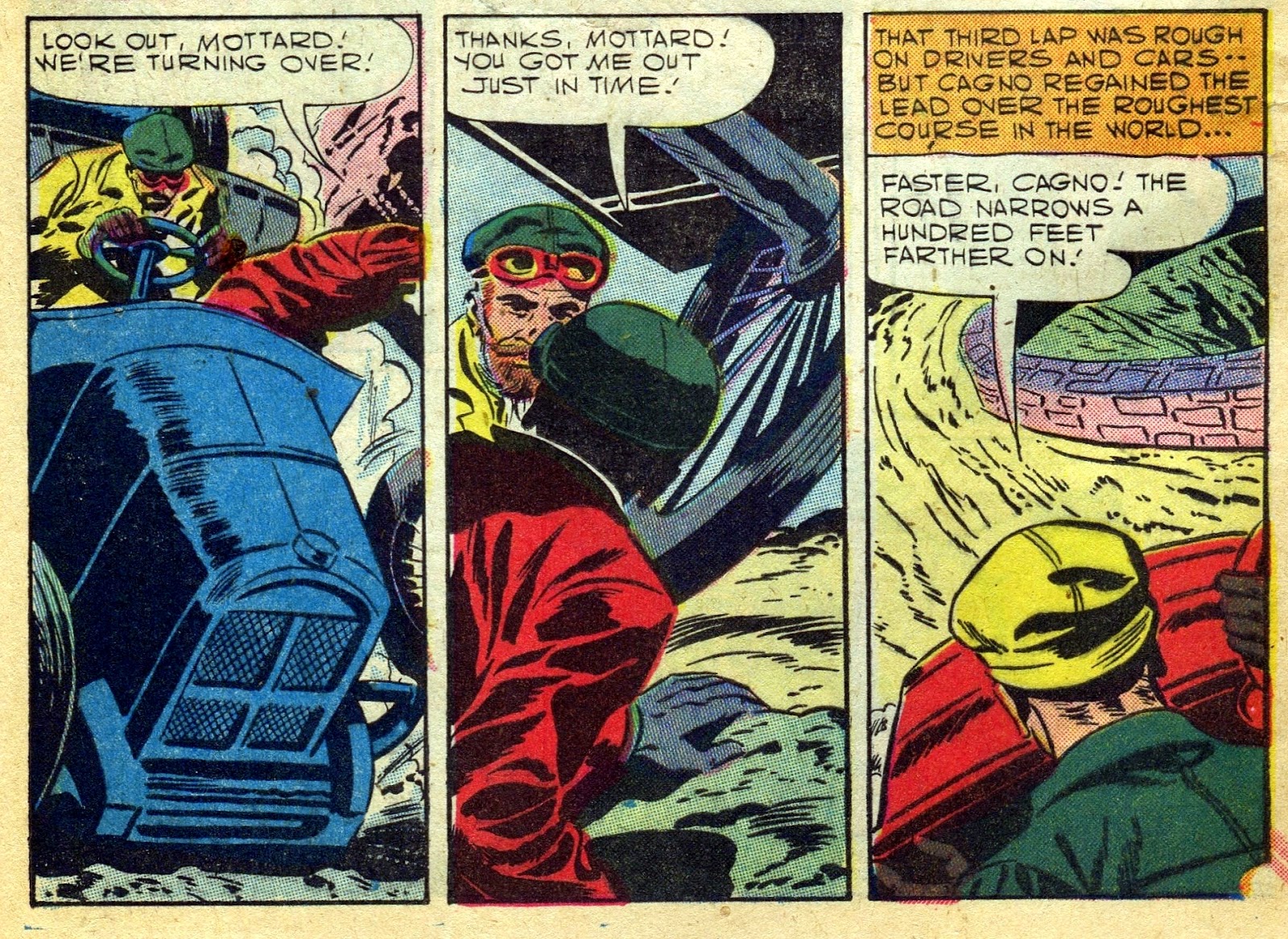 "Hot Stock Jockey" appears to be Molno and (best guess) Sal Trapani.  Molno/Trapani pairings at Charlton are hard (for me, at least) to tell from those of Charles Nicholas and Trapani, but the splash-panel composition and the classic Molno face ("I'll see you at the track, tiger!") convince me we're looking at Bill/Sal, and not Charles/Sal. 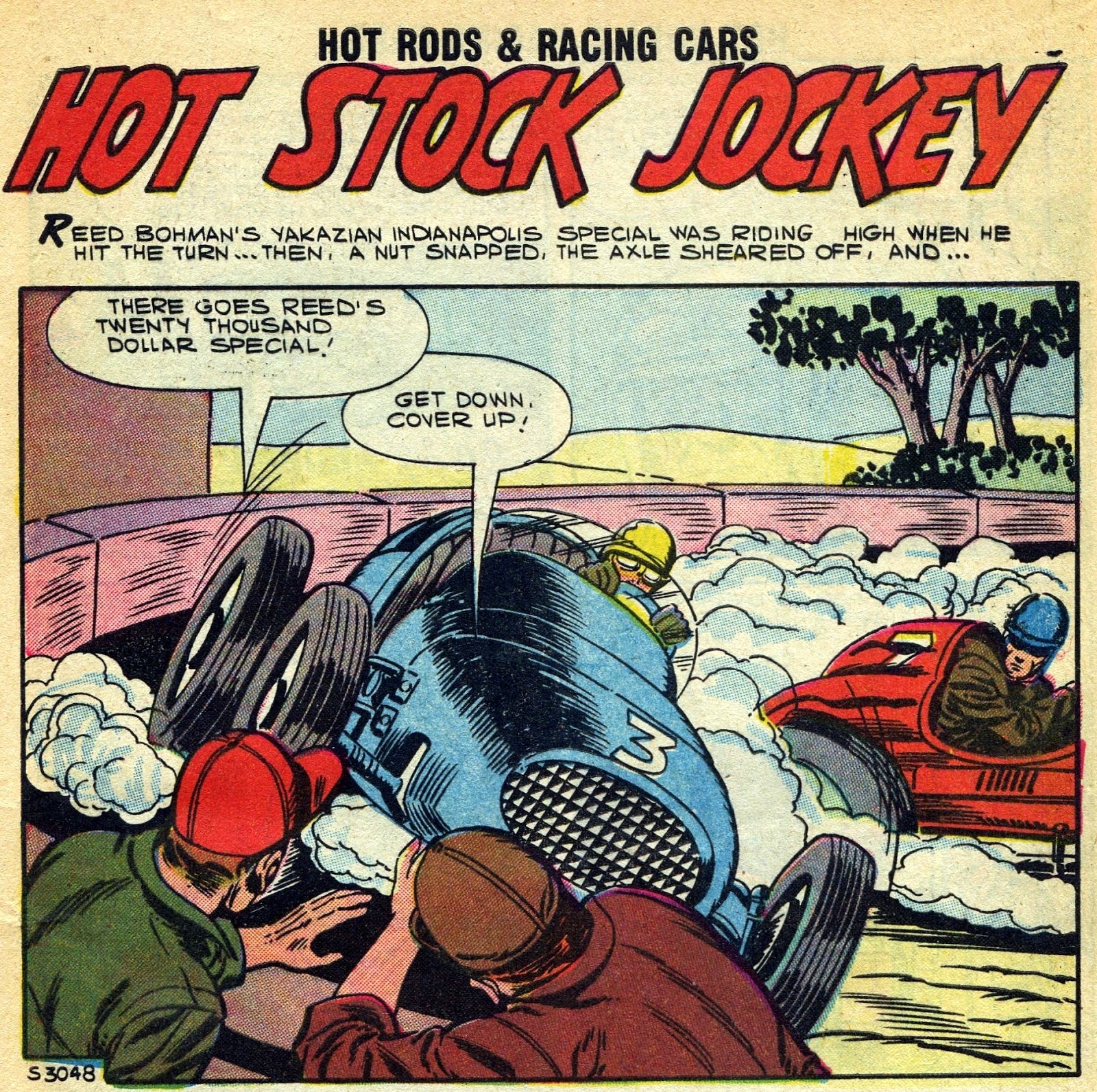 "Hot Iron" is definitely Molno (but with whom, I'm not sure), though the following panels--my favorite from this job--don't look nearly as Molno-ish as some of the others.  You'll have to take my word for it. 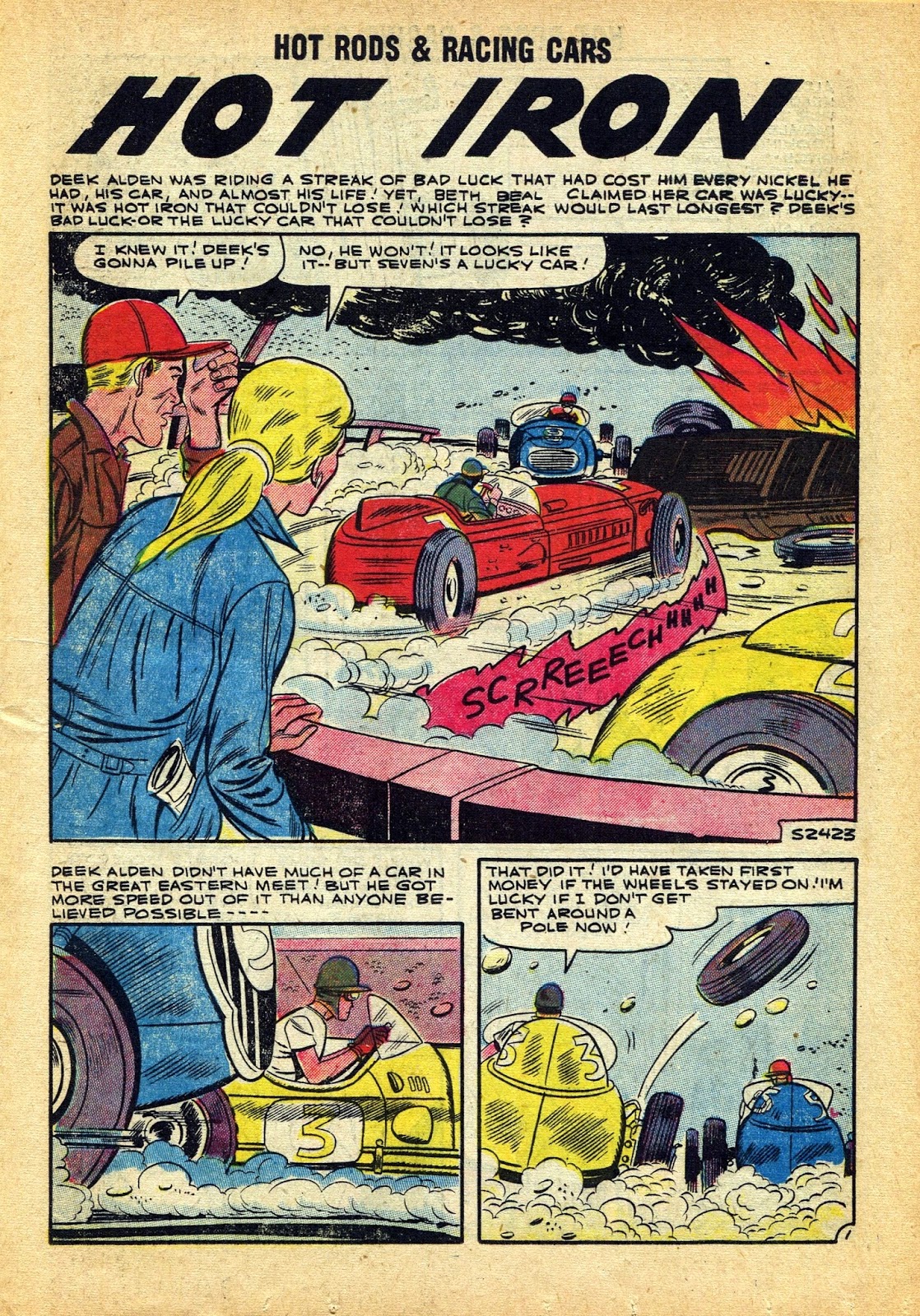 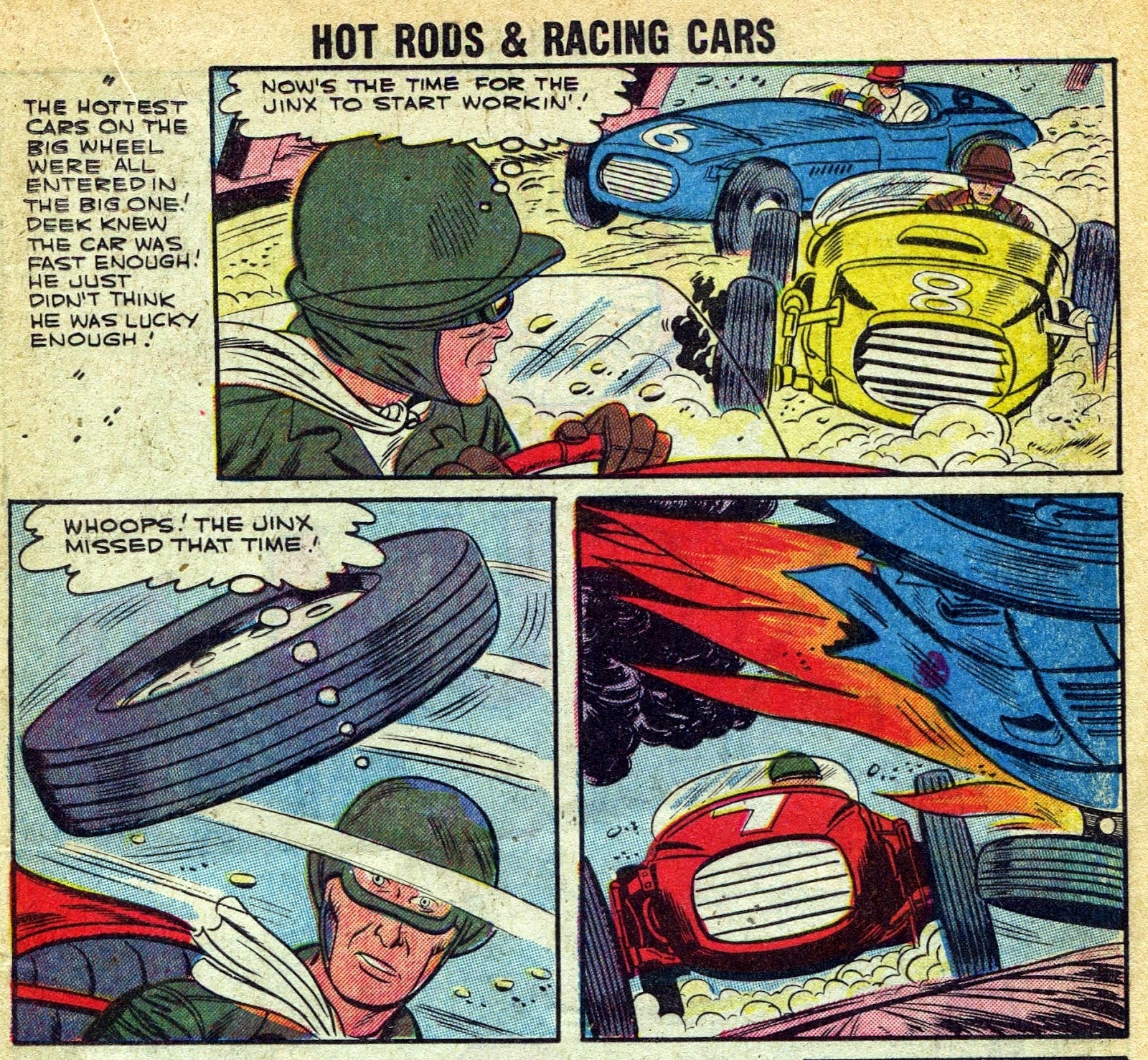 "Fragile But Fast," I am sure about.  It's Molno by himself, which would explain the happier marriage between penciling and inking, even if the usual liberties in perspective are happening.  I love Molno's concept of space--his compressed compositions give more of a dramatic feel to the various collisions and neck-to-neck moments.  Works for me. 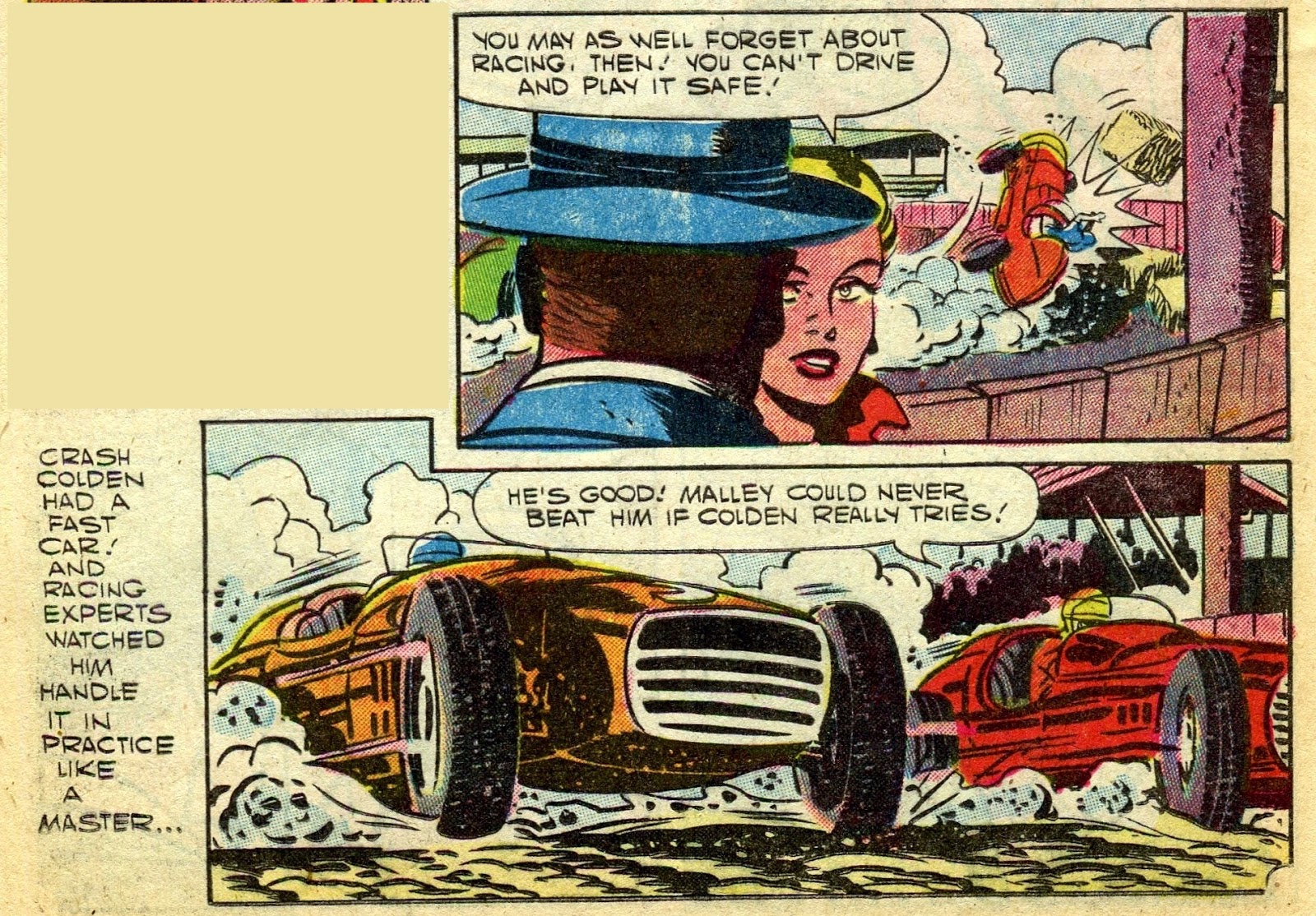 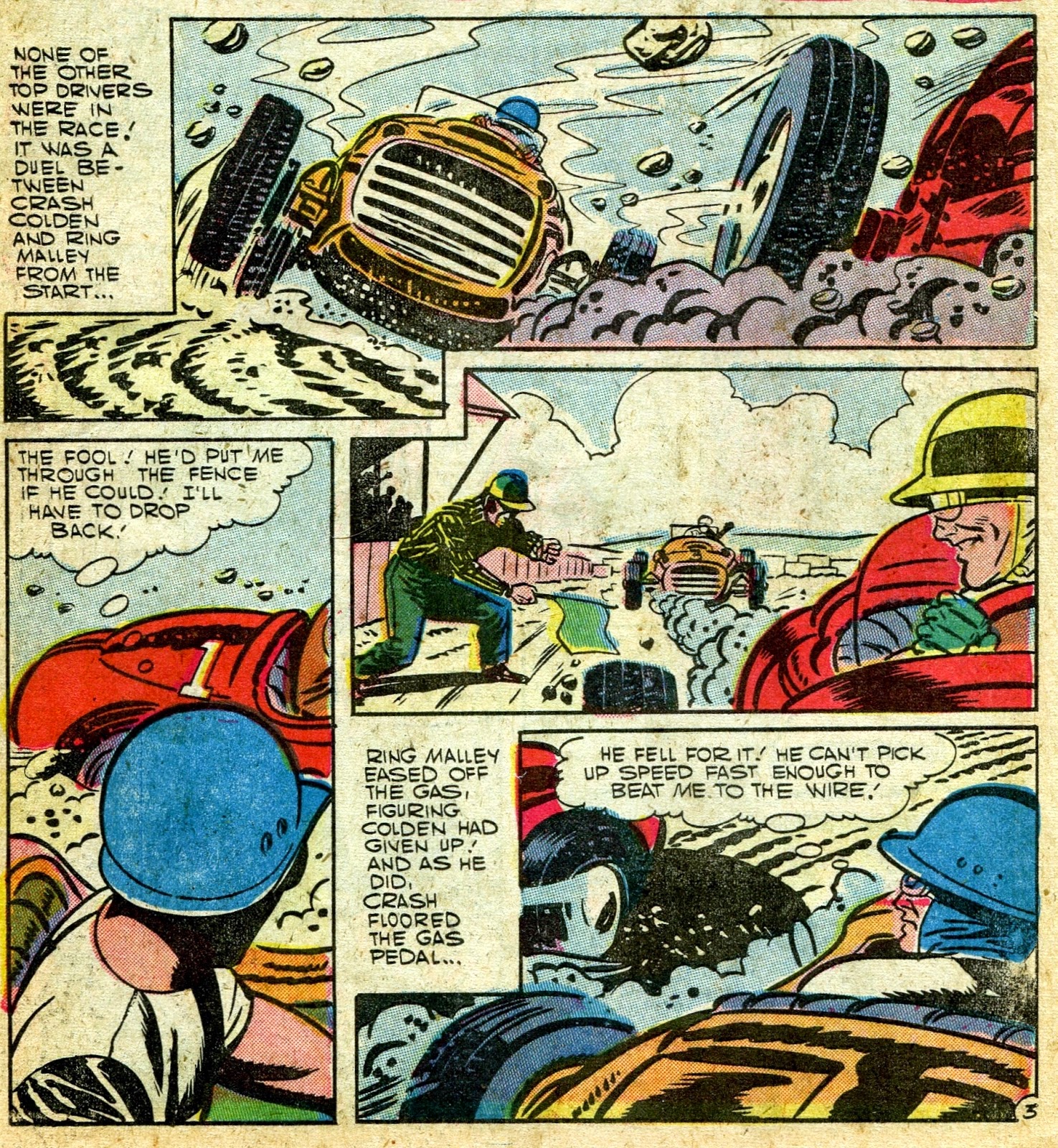 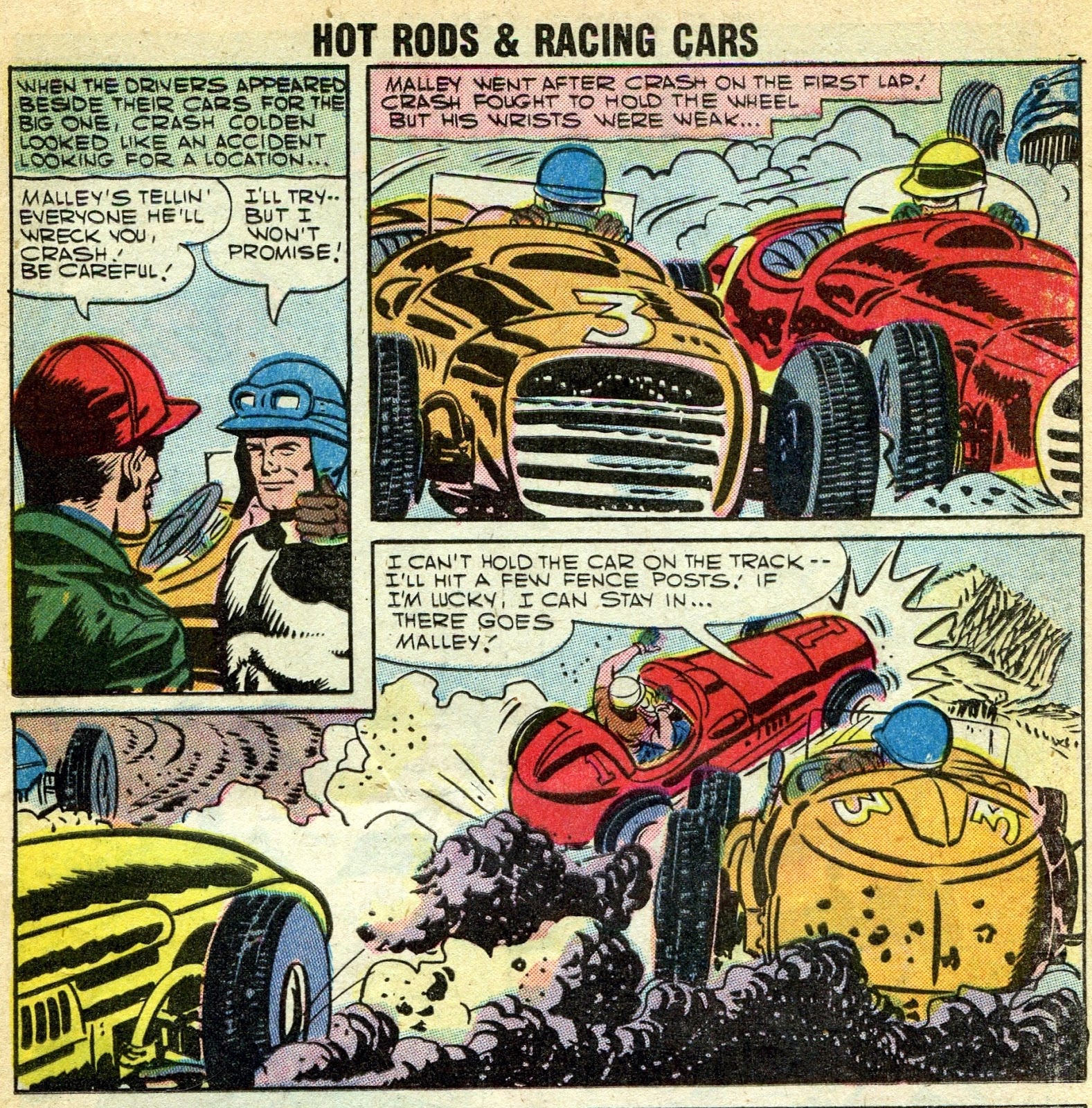 "Car Makes Man"--Molno and Mastroserio again, though this time I have no cleverly hidden (or otherwise) signatures to confirm my judgement.  The drawings, as is often the case with Molno/Mastroserio, are stiff, but I like them, anyway.  (Mastroserio fans, no doubt, will attribute the stiffness to Bill!) Check out the splash panel for some majorly compressed Molno art: 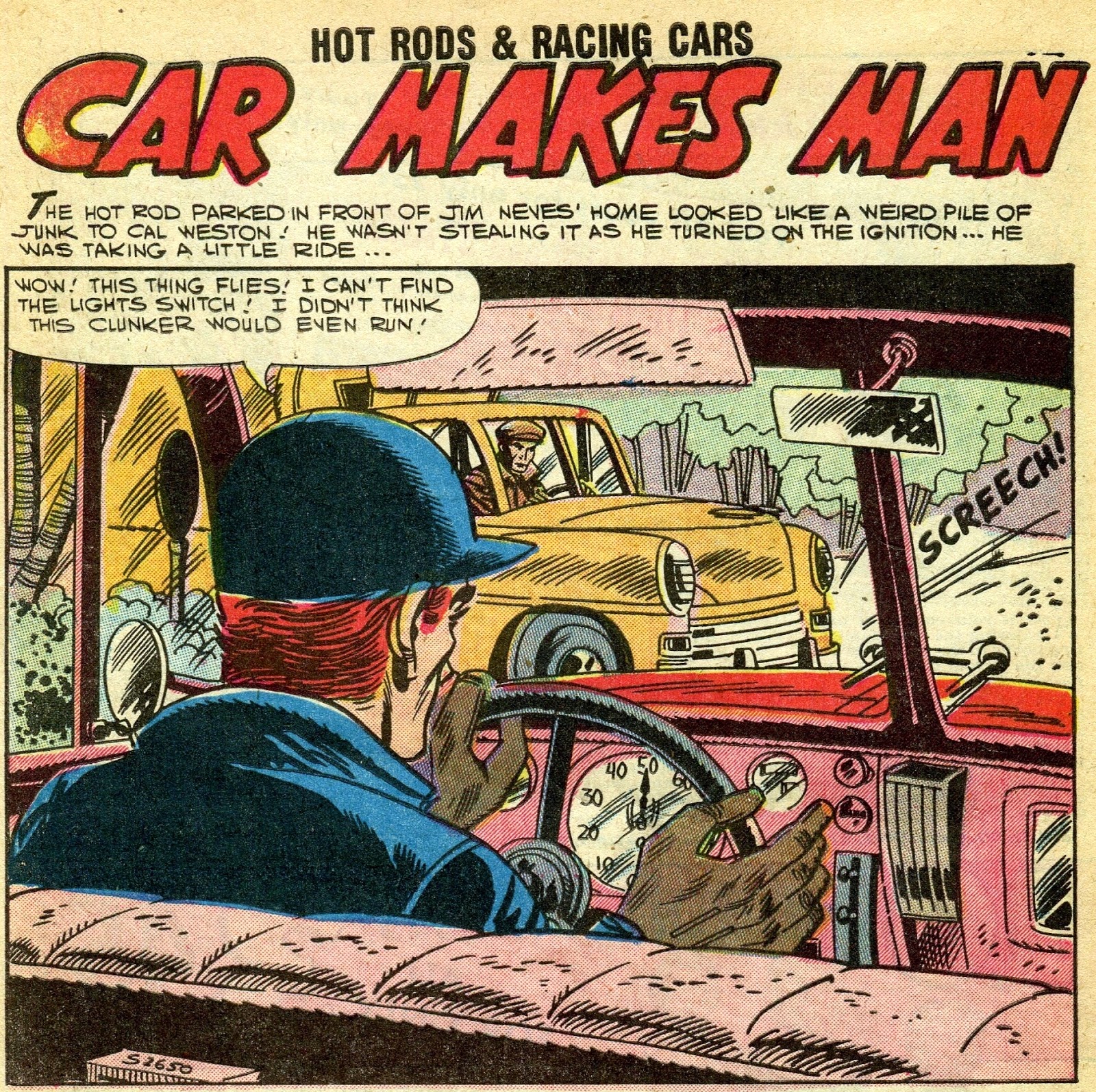 And if these faces don't make the case for Molno/Mastroserio, nothing can: 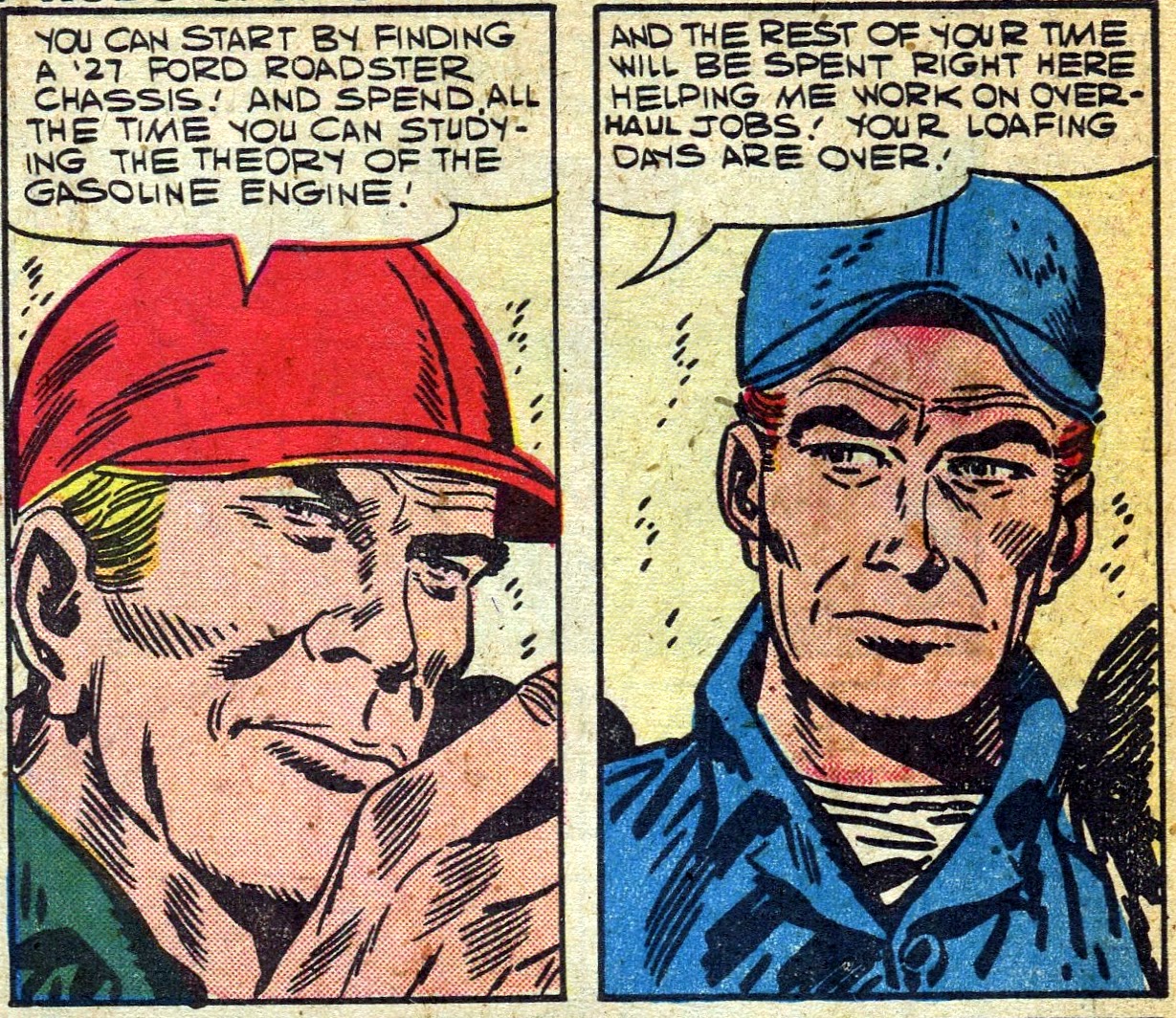 The highway patrol officer on page 2 of "Car," though fitted with blonde hair this time out, is a stock Molno character who vastly reminds me of King of the Hill regular Dale Gribble.  He (the stock character, not Dale) would reappear any number of times in Molno's art, usually as a wartime pilot wearing a ball cap: 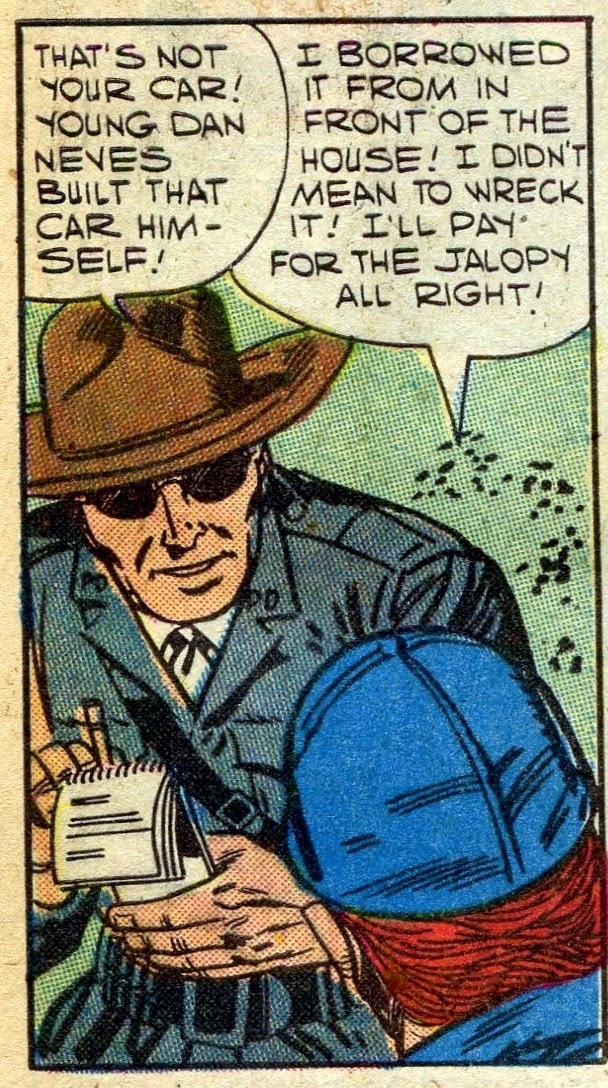 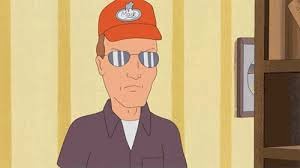 I love this custom-built car, even if it looks more like a drawing of a car than a car.  (Wait a minute--it is a drawing of car!) 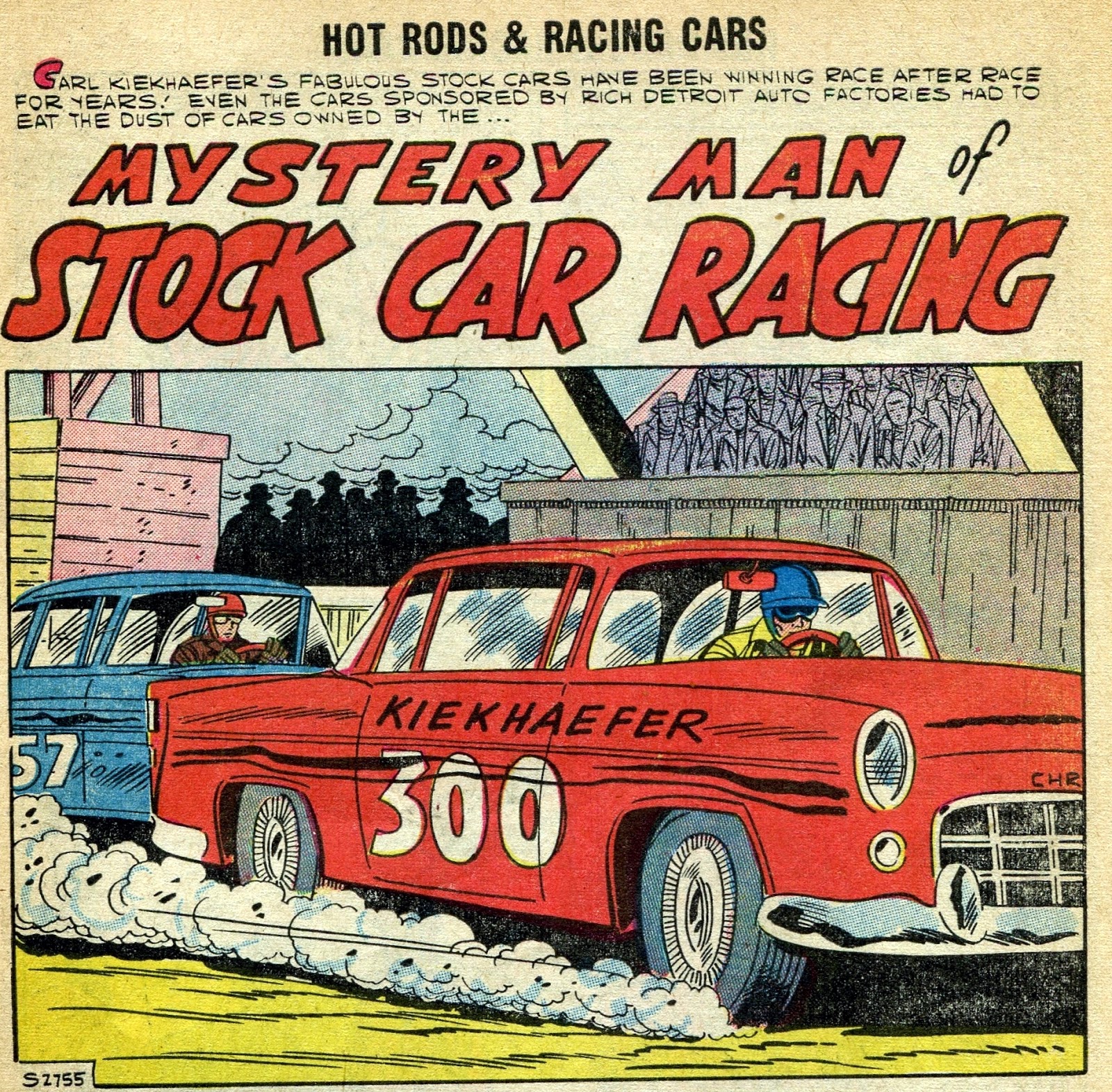 And the third page gives us two of the most outrageously M/M faces ever to appear in the pages of this comic company: 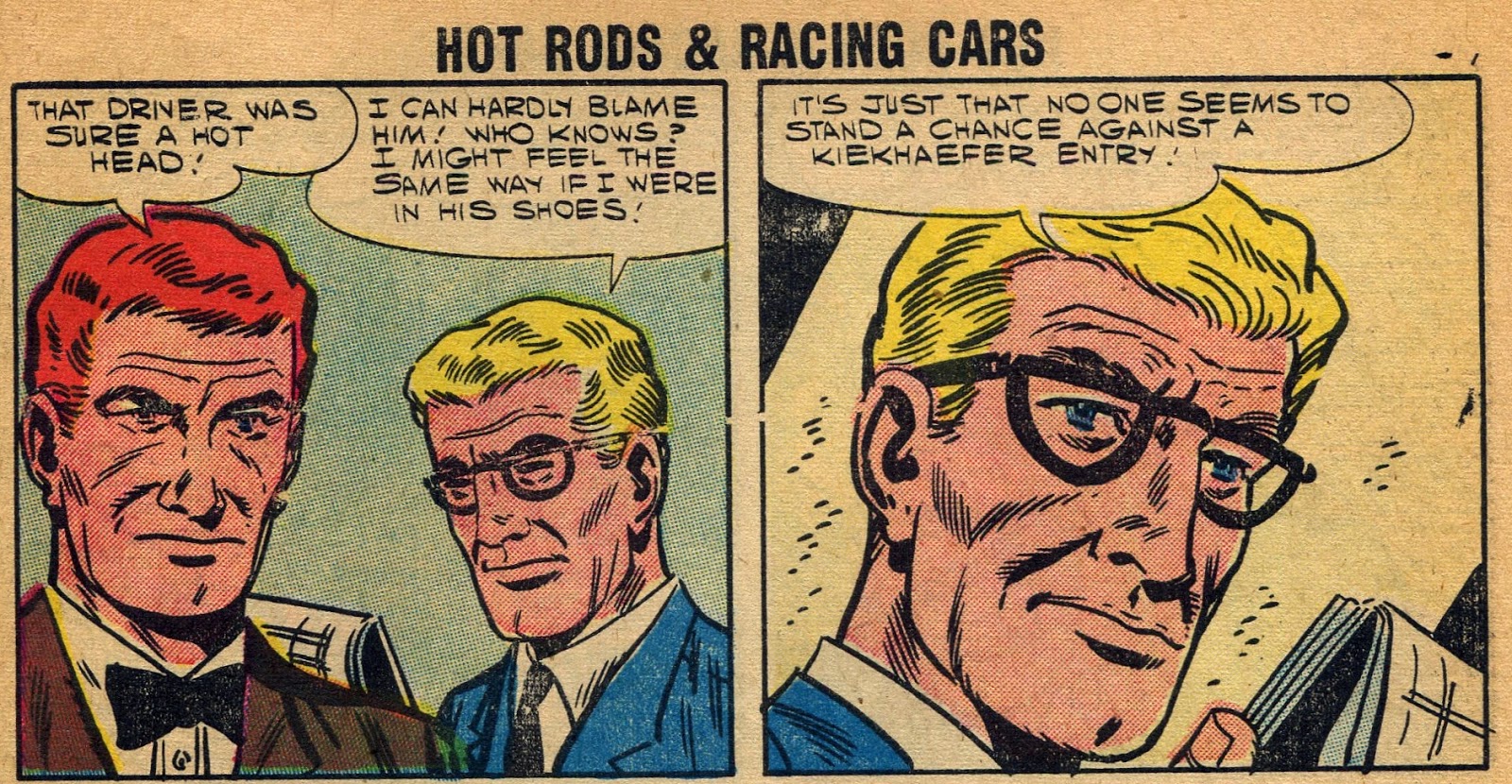 I didn't sample-scan the five-page "Speed Trap," having judged it to be a Nicholas/Trapani effort, but, looking at it again, I'm convinced it's Molno with Trapani.  The first panel makes the case, and I'll scan that right now as I think of it.  (Well, once I free the scanner cable from between the PC table and its neighboring desk): 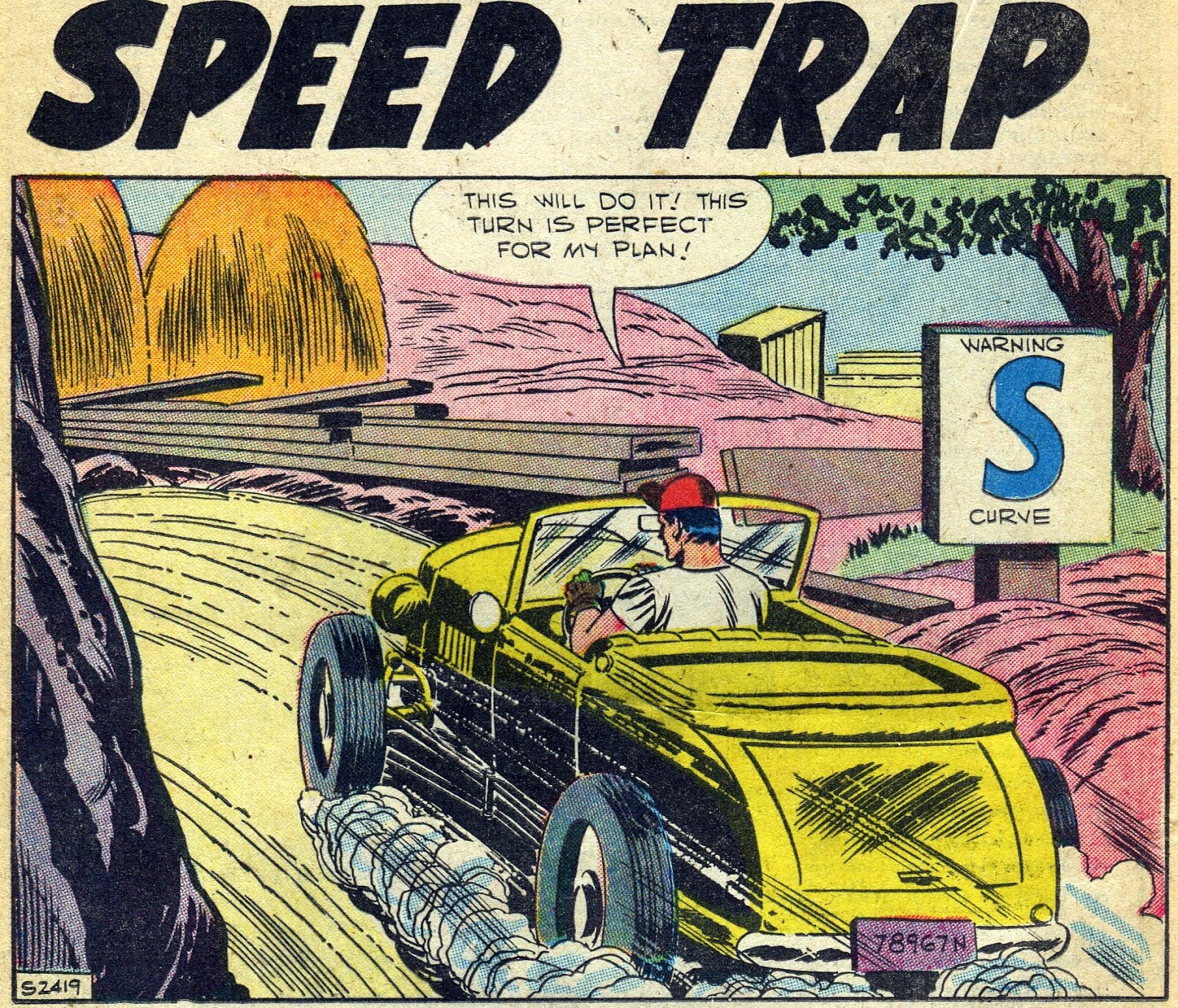 Still, the faces in "Speed Trap" are more Nicholas/Trapani than Molno, so maybe I'll have to go back to not being sure.  Boy, this gets complicated: 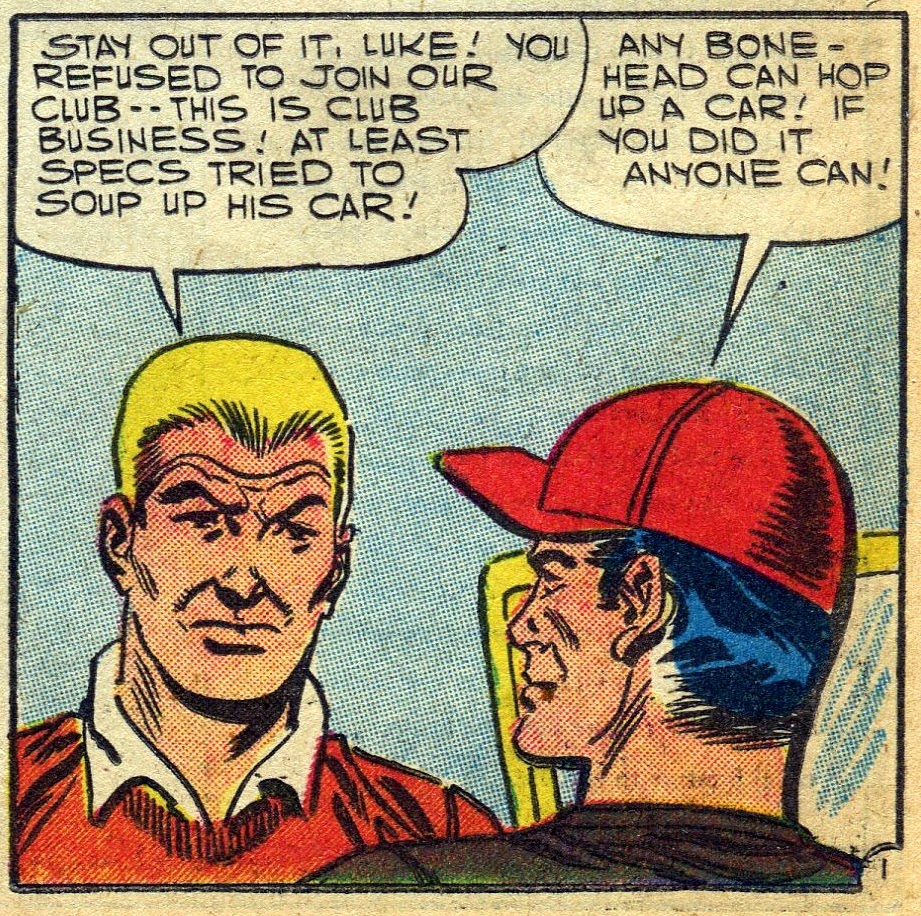 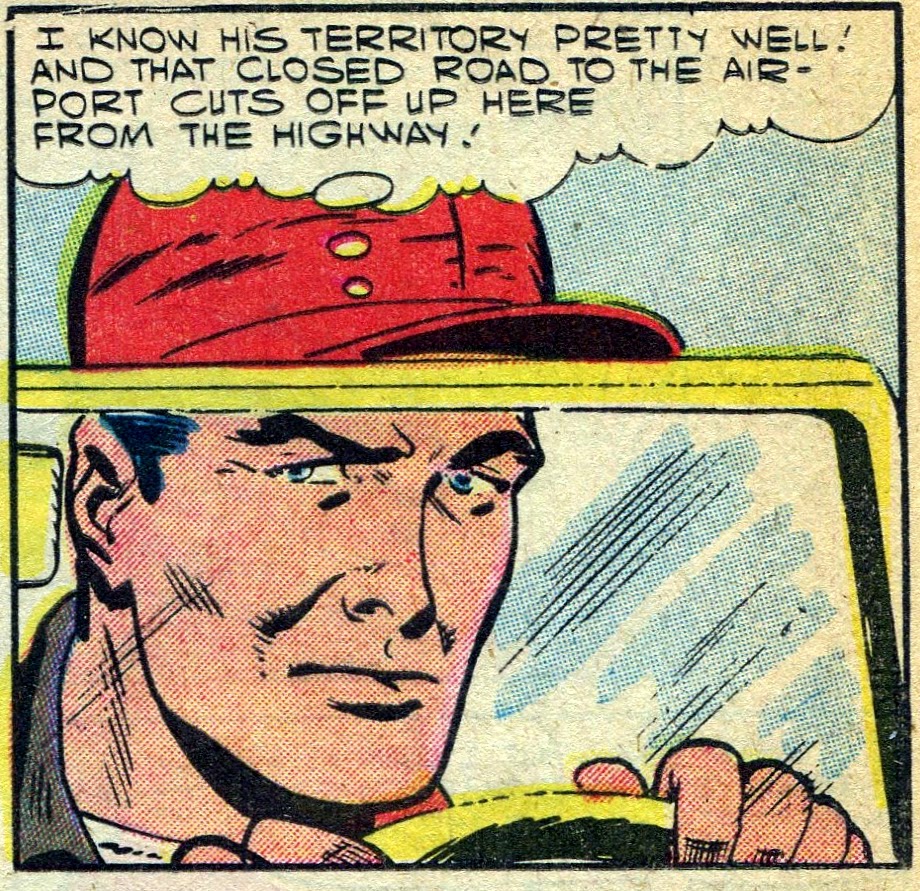 Hm.  Maybe this is a Molno/Nicholas/Trapani effort?  Is that possible?

So glad this gem showed up on eBay at a reasonable price--early Hot Rod issues tend to be a tad past this cheapskate's spending-limit comfort zone.  And nice to see three Bill/Rocke efforts in a single issue (the double length helps) from this early in the Charlton day.  More on Molno's Dale Gribble prototype in future Lee's Comic Rack posts, unless I end up stuck forever in the 19th century.

And here's an excellent Rocco Mastroserio post at the excellent Marvel Mysteries and Comics Minutiae: In Praise of Rocke.

Lee Hartsfeld
I was born in Toledo, served in the Navy eight years, graduated from Bowling Green State University with a B.A. in Popular Culture, and worked for fifteen years as a Medicare claims examiner. I live in the country with four cats--Mingo, Arlo, Raul, and Calvin.